A wholly-owned subsidiary company is a type of company who’s all the stocks are owned by another company. This implies that its common shares and stocks are traded publically and there are no individual shareholders in the company. It is a separate legal entity that is organized as a corporation where it has proper management and structure. The day to day operations of the wholly-owned subsidiary company is controlled by the parent company. It allows some independence of operations. 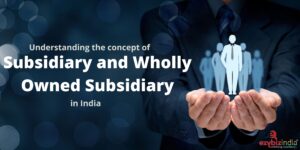 Advantages and Disadvantages of Subsidiary Company: